Editorial comments are in square brackets.

N. Attleborough ancestral CARPENTER and related families. In the census data, question marks indicate something I couldn't read with certainty.

(XV) Seth Prime Carpenter, youngest child of Reuben Carpenter (14), was born at Upton, where his father lived after his second marriage, November 25, 1802. He received his education in the common schools of his native town and helped his father in the duties of the farm. When he came of age he removed to Milford and worked at various callings with success. He was one of the pioneers in the manufacture of boots. He developed a considerable business and conducted it until 1860, when he retired. He was an active and enterprising citizen, of much influence in Milford. He was moderator of the town meeting in 1842, selectman from 1838 to 1844 inclusive, assessor in 1842-43 and justice of the peace for twenty-one years.

He took a very important part in the preliminary labors to secure the building of the Milford branch of the Boston & Albany Railroad. The building of the railroad was the foundation of the prosperity of the town. The present generation scarcely realizes how much it owes to the foresight and persistence of Mr. Carpenter and those associated with him, the pioneers and builders of the town. Mr. Carpenter was also a prime mover in the planning and construction of Pine Grove cemetery, a well-executed public necessity. In his later years he devoted much time and money to trout culture. His establishment was in the southwestern part of Uxbridge. He owned much of the land on Spring street at one time and sold it off in building lots. He died December 11, 1884.

SETH PRIME CARPENTER, who was one of Milford's representative citizens for many years, was born in Upton, November 25, 1802, son of Reuben and Hannah (Cook) Carpenter. His ancestry is traced back to one William Carpenter, who was born in England in 1576, and who arrived in the vicinity of Boston, from Southampton, England, in 1638, bringing with him his son William and four grandchildren. One of the latter, William, third, was twice married in Rehoboth. His son Noah, who was born on March 28, 1672, was thrice married, and reared a number of children. Noah's son, Elisha, who was born on August 2, 1721, married Annie Whittaker, and died, it is supposed, in Sutton, on August 2, 1789. Reuben, son of Elisha and the father of Seth P. Carpenter, was twice married. Born in Attleboro on February 23, 1757, he died in October, 1802.

Seth P. Carpenter came to Milford in early manhood, and for many years was extensively engaged in the boot manufacturing business here. He had wholesale stores in St. Louis and Cincinnati, and, in his trips West to look after his business interests in these places, crossed the Alleghanies fourteen times in stage-coaches. A firm believer in the growth of Milford, he invested largely in its real estate. His largest purchase was what was then an extensive farm, stretching from Main Street eastward to Hoboken. Through this he cut streets, and he gave the land for the Boston & Albany Railroad station and for many of the shops now located in that vicinity. Among the streets he built are Bow, Jefferson, and Spring Streets, which lie in the very centre of the present town. He was a self-reliant and energetic business man, jovial and companionable. In his younger days he was a leader in the social life of Milford. No dramatic entertainment given in the town was considered complete unless he took part in a leading rôle, or managed the affair, or both. Perhaps his fondness for the drama was one of the reasons that led to his building the Lyceum Block, in which is Lyceum Hall, for many years the only public hall in Milford, and considered at the time it was built as the best equipped theatre outside of Boston.

Mr. Carpenter served in various town offices. For twenty-one years he was a Justice of the Peace. In his later life he devoted considerable time, money, and ingenuity to fish culture, especially to the rearing of trout, for which he had hatching trays in the southwestern part of Uxbridge. The Rev. Adin Ballou, in his history of the town, says: "It should be emphatically added to the credit of Mr. Carpenter that, in connection with the late David Stearnes Godfrey and a few other devoted citizens, he took a very important part in the preliminary labors indispensable to procuring the Milford & Framingham Branch Railroad. These labors were manifold, arduous, and persistent. The present generation of our inhabitants can have but a faint conception and appreciation of what they owe to those hard-working pioneers in the obtainment of that road. Without their self-sacrificing exertion, its great facilities would probably have been long postponed." Mr. Carpenter was also one of the prime movers in the enterprise that gave to Milford the beautiful Pine Grove Cemetery, where his remains were interred after his long and busy life.

Mr. Carpenter's first wife was Maria, daughter of James and Nancy (Parks) Barber. Of this union was one son, Byron, born September 14, 1829, who died on March 15, 1872. After Mrs. Maria Carpenter died in February, 1831, Mr. Carpenter married her sister, Diana Barber. The surviving children of this marriage are: Reuben Earl, Nancy Marion, and Hannah Maria. The others were: George W., Hannah Maria (first), and Diana.

The family resided for several years on Main Street. Here his wife, with three little daughters to care for, found the ceaseless travel up and down stairs wearisome. Thereupon Mr. Carpenter decided that he didn't like stairs anyway, and said to his wife, "I'll build you a house without stairs." He actually kept his word, and the result is the odd-looking house at the corner of Bow and Spring Streets, where his daughter, Mrs. Barber, now lives. This is a one-story building with a flat roof, and with not a stair in it, yet as roomy as an ordinary two-story house and a marvel of comfort and convenience. It forms a unique monument to the tender and considerate love of a whole-souled, large-hearted, and devoted husband.

(XVI) Byron Carpenter, eldest child of Seth Prime Carpenter (15), was born at Milford, Massachusetts, September 14, 1829. He was educated in the common schools of Milford and at Leicester Academy. He entered the boot factory of his father and learned the trade. He was associated in business with his father many years, having charge of the books and office. He was connected with the business for over twenty years. He died in his forty-third year, March 15, 1872. He was of a retiring nature in all the various relations of life, highly respected by all who knew him, devoted to his home and his church, and having few other interests outside of business. He was a Republican in politics and a Universalist in religion. 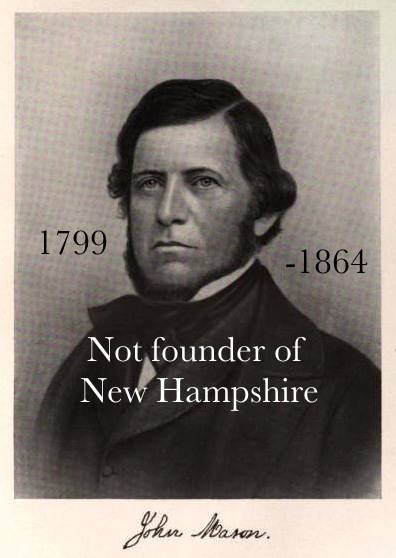 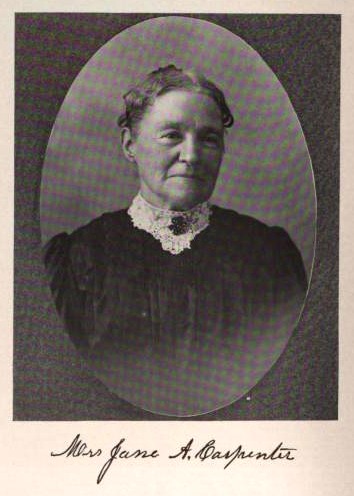 (XVII) Reuben Earle Carpenter, son of Byron Carpenter (16), was born at Milford, July 28, 1861. He attended the public schools, leaving the high school at the age of seventeen years to enter the employ of Nathan W. Heath, shoe manufacturer, learning the various branches of the business. He became a skilful leather cutter, and worked in this shop for about four years. He went to Marlboro and there established a clothing store. After three years he returned to his trade of leather cutter and worked in various factories in South Framingham, Boston and elsewhere. During his later years he went to Jamaica, West Indies, on account of impaired health, and while there worked as cutter in one of the best establishments on the island. He had the reputation for great skill in that department of the business requiring the most judgment and knowledge of leather of all kinds. His health continued to fail; he returned to New England and was suddenly stricken while visiting the home of his wife's parents at Norwich, Connecticut. He died October 19, 1903. He was a Universalist in religion and Republican in politics. He was when a young man a member of Company M, Sixth Regiment, M. V. M. He married Mary Swift, of Norwich, Connecticut. She survives him. They had no children.