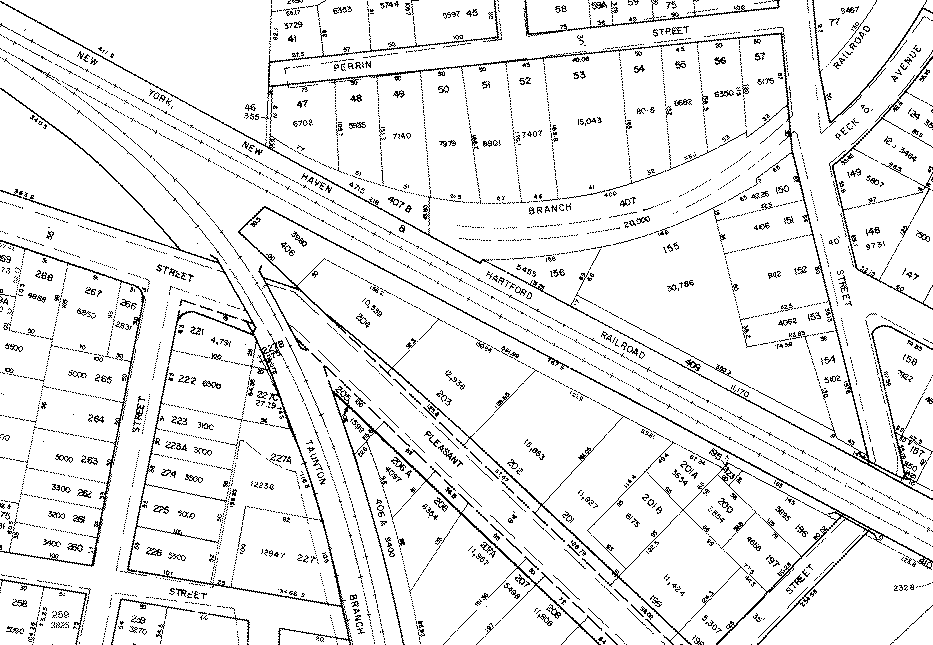 When the Attleboro Sun Chronicle reported (3 October 2008, "Pulling the Switch?") that Amtrak was considering demolishing Attleboro Tower, it was time to go photograph it. Some of the photos appear below.

The Gee Whiz Line's southern end just happens to be at Attleboro Tower. Coincidence? I think not. The right of way off Peck Street is now used as an access road for Amtrak crews, and provides one view of the tower. It's shown nicely on an Attleboro Assessor's map.

The Sun Chronicle story dates the tower to circa 1908, the days of the major grade separation project and construction of the Attleboro station. I found nothing on the web about its early days — I admit I didn't look very hard — but there are several pieces of recent history. It astonished me to learn that the tower still operated in the early 1990s.